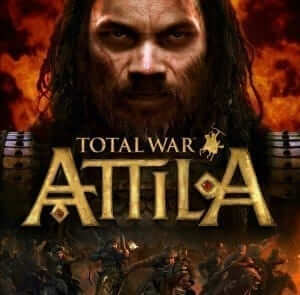 Due next week, alongside Celts Culture Pack Release.

This update brings with it many performance, technical and gameplay improvements, and plenty of unit rebalancing. It also introduces a raft of mercenary Celtic units and ships which may be recruited by any forces stationed in and around the Brittanic, or as the Greeks named them, Tin Isles.

All players will get access to these mercenary units, even if they do not purchase the separate Celts Culture Pack.

All Celtic units have the Guerrilla Deployment trait, which gives them a vastly larger area in which to deploy across any given battlefield. This can bring a disruptive new dimension to your army’s skillset, enabling it to perform surprise attacks early in the battle and from unexpected directions – even from concealment behind the enemy.

Fixed some memory leaks in battle, which could lead to crashes.
Fixed a crash bug in cinematic display.
Fixed a rare crash when hovering the mouse over a family members portrait.
Fixed a crash when spawning a Civil War for hordes.
1920 x 1080 full screen resolution is now supported on 27’ iMac.

Fixed a rare issue that caused an attacking army to get stuck when assaulting walled settlements.
Fixed a bug which could cause artillery units in battle to target buildings that were too far away for them to consistently hit.
Fixed a rare issue that caused the AI to appear unresponsive for a time during river battles.
Fixed an issue where the attacking settlement AI in battles was stalling due to it being given too many change-formation orders.
Improved siege tower docking in Tuesis battle map.
Generals will now have facial animation / lip-sync when giving their speech on the battlefield.
Change to Battle AI sally-out behaviour, so that the units don’t wait so long before attacking if they are under fire.
Fixed a bug where disembarked units attempted to jump back onto their ship after it had sailed away.

War Hound units have been made more powerful in the auto-resolver.
Multiple mini rebel armies should no longer spawn in a region. If there is already an active rebellion in a region, and the region hits -100 public order again, a large rebel army is spawned and the public order is reset to 0.
Script improvements to the prologue.
Campaign AI is now less likely to focus on razing provinces within the first 100 turns.
Attila and the Huns will now be more active in Campaign modes once Attila has become king and the Western Roman Empire has just collapsed.
Campaign AI will now accept trade agreements more often.
Made the campaign AI less aggressive to hordes in some cases (preventing them chasing the horde around the campaign map so much).
Non-playable hordes will no longer suffer auto-resolver penalties just because they don’t own any regions.
Excubitores Cavalry Guard are now a standalone unit for the Eastern Roman Empire, instead of an upgrade from Scholae Palatinae. Scholae Palatinae can still be upgraded to Tagmata Cavalry by researching the Billeting technology.
Nordic Axe Warband can now be recruited from the Level 2 Smith, instead of the Level 3 Smith.
Nordic Axe Warriors are now a standalone unit that can be recruited from the Level 3 Smith. Nordic Axe Warbands no longer upgrade into Nordic Axe Warriors.
Gothic Warband no longer upgrade into Gothic Falxmen. Gothic Falxmen now upgrade into Thracian Warriors and then into Thracian Oathsworn.

Capture/building icons are now hidden in first-person mode to improve immersion.
Spectators can now quit out of multiplayer battles during deployment.
Selecting Vandal assault ships in the Cartagena Historical Battle will no longer trigger Hunnic voice over.
Re-centred the battle timer position on the battle setup screen.
When loading a replay, multiple battle voice over will no longer simultaneously trigger at the end of the loading screen.
In Longbeards DLC, the Alaman Bejewelled Nobles will no longer reply as Langobard Champions when selected.
The Aide De Camp in battles will no longer tell the player that they are outnumbered under circumstances when they are not.
Improved Aide De Camp audio in encampment battles and improved fleeing units audio.
Campaign

Zooming in and out of the Family Tree in Campaign modes is now possible using the mouse wheel.
The text in the tool-tip for ‘Snow Attrition Immunity’ on the unit card is no longer repeated several times.
Fix for camera pop at start of prologue preamble cutscene.
Fixed some button tool-tips in the ‘Records’ panel in Campaign modes.
Added a tool-tip to the ‘Attrition’ icon on the pre-battle screen in Campaign modes.
The player is no longer able to incorrectly set war coordination targets on desolate provinces when at war with Western Roman Separatists.
Spy will no longer be displayed in the wife slot when toggling through characters in the campaign map details panel.
Roman units hired by Ostrogoths will no longer have barbarian voices in Campaign modes.
The effects of each level of Imperium are now displayed on a tool-tip when mouseing over the Imperium bar in the Faction Summary screen.
Siege equipment has been re-balanced in the auto-resolver.
Political power bar will now update after a character has been elected to officer.
Converted priests’ titles will no longer display as ‘priestess’ on the details panel in Campaign.
Small tweaks to the layout of the building info panel.
Fixed food effects not appearing on raiding stance tooltip.
Fixed not being able to select puppet state/client state faction icons in the diplomacy panel.
Slightly changed how diplomatic attitude categories are displayed (e.g. ‘friendly’), and barbarians now start with less indifferent personalities.
Fixed issue where the tactical map could disappear.
Attila’s portrait will now appear correctly in the Family Tree.
General

Fixed a bug where the player could see the opponent’s unit composition in Multiplayer Battle lobbies in some circumstances.
Added ‘Hints and Tips’ button to the in-game menus.